Month 18 saw the completion of the first batch of sensor and instrument prototypes, developed under WP3 – one of two work packages devoted to the advancement of novel sensing techniques.  The broad focus of the WP3 instrumentation is Biogeochemistry and Biology, with sensors and instruments targeting the detection of primary productivity, marine life, and marine sound, through a variety of techniques.  Five partners have taken part in the development work.

The stimulation and detection of fluorescence is used in four of the sensors.  Fluorescence at different wavelengths can be used to detect certain naturally occurring biological material, as well as serving as a secondary measure of dissolved chemicals that can affect fluorescence decay.  In Sub Task 3.1.1, HES-SO have developed a novel Dissolved Oxygen (DO) sensor that relies on highly precise measurement of the decay time of a fluorophore in the presence of the test sample.  The sensor and electronics have already been successfully miniaturised for field deployment.

In Sub Task 3.1.2, NKE advanced the design of two WiSens sensors designed to use fishing vessels as deployment vessels of opportunity.  The new Chlorophyll-a and Dissolved Oxygen sensors, as well as a newly developed data hub have reduced size, increased depth rating, and extended autonomy. 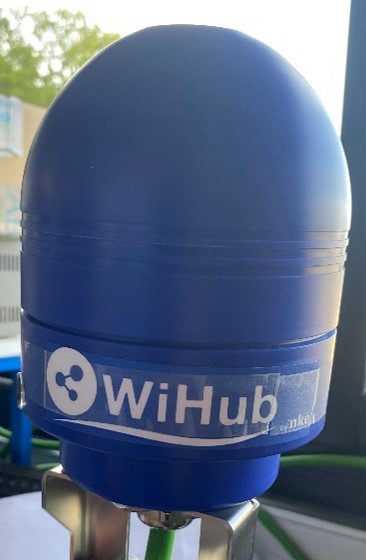 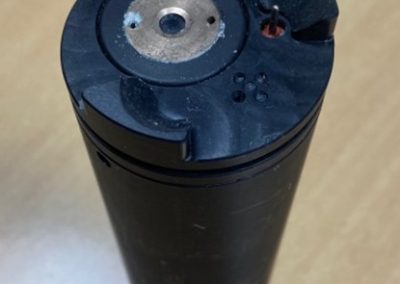 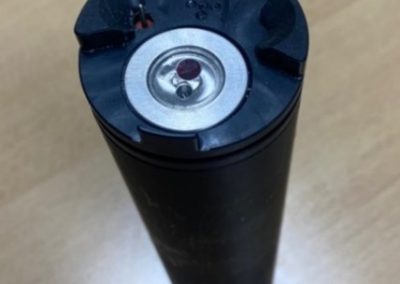 Task 3.2 is concerned with selection and adaptation of downward-looking optical sensors for use on unmanned aerial vehicles, FerryBox and fixed platforms. NIVA evaluated two laser-induced fluorescence (LIF) Lidars and three passive optical sensors – a hyper-spectral camera, a multi-spectral camera, and an infra-red sensor.  One Lidar has been developed as a low-cost device, and is being compared to a high accuracy instrument for benchmarking.  The passive sensors are being evaluated for monitoring of sea surface temperature, biomass, and marine litter detection. 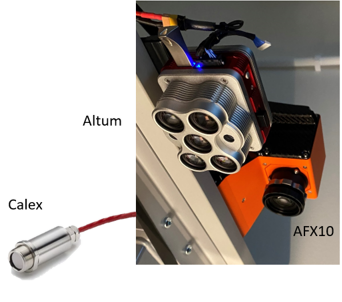 In Task 3.3, Aquatec has developed a combined broad-band sound recorder and echo-location click recorder.  Click recorders are used to capture the very high frequency click events of echo-locating marine mammals such as dolphins and porpoises.  By combining click event detection with sound recording, researchers will be able to validate click detections and assess the sound environment during marine mammal activity.  The adaptive sound recorders will also be applied to monitoring the marine soundscape for both natural and man-made sources.

Task 3.4 was devoted to the improvement of Aquatec’s AQUAscat acoustic sediment profiler.  The unique instrument uses multi-frequency acoustics to classify and quantify suspended sediment in the water column.  The completely new design has improved sensitivity and frequency range by more than an order of magnitude, allowing for longer profiling range, analysis of more diverse particle populations including zooplankton and bubbles, and assessment of velocity and turbulence characteristics.

Finally, Task 3.5 focused on the selection and adaptation of physical sampler components for phytoplankton and other suspended matter by NIVA, and the development of software algorithms by DFKI to intelligently trigger sampling when anomalies or ‘interesting’ data is detected in long data streams.

The next stages of NAUTILOS for the instruments developed in WP3 are integration (WP5), calibration, validation, and scenario testing (WP6), and Demonstrations (WP7), which will take place over the coming 30 months.

We use cookies on our website to give you the most relevant experience by remembering your preferences and repeat visits. By clicking “Accept”, you consent to the use of ALL the cookies.
Cookie settingsACCEPT
Manage consent

This website uses cookies to improve your experience while you navigate through the website. Out of these, the cookies that are categorized as necessary are stored on your browser as they are essential for the working of basic functionalities of the website. We also use third-party cookies that help us analyze and understand how you use this website. These cookies will be stored in your browser only with your consent. You also have the option to opt-out of these cookies. But opting out of some of these cookies may affect your browsing experience.
Necessary Always Enabled

Any cookies that may not be particularly necessary for the website to function and is used specifically to collect user personal data via analytics, ads, other embedded contents are termed as non-necessary cookies. It is mandatory to procure user consent prior to running these cookies on your website.